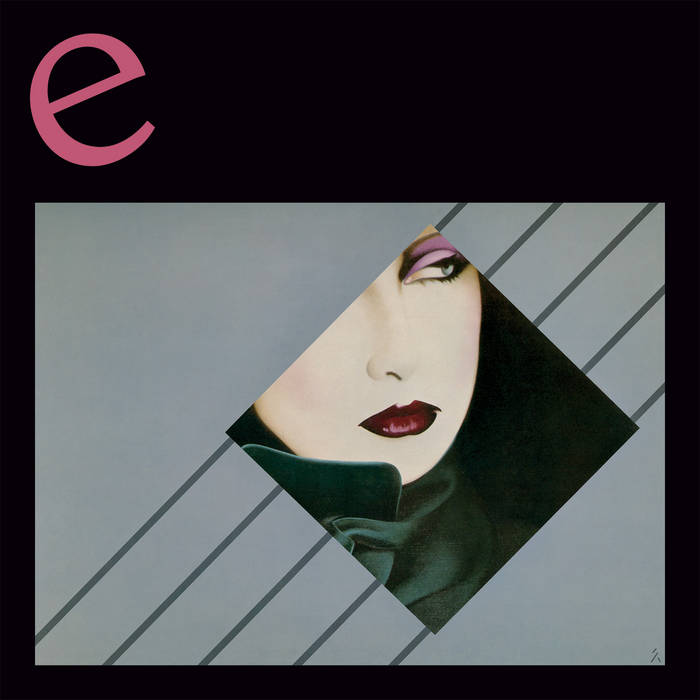 You can also order this album from Storming the Base on vinyl: www.stormingthebase.com/e-the-levitation-syndrome-pink-vinyl/

e (lower case!) was an experimental and new wave project that grew out of the burgeoning Vancouver punk scene around 1980. The project was the brainchild of Gary Middleclass (aka Gary Bourgeois) who also recorded with underground punk band The Generators, as well as the more famous Payola$. Bassist Michael Wonderful, also of The Generators, Brock Rock (Brock Smith), and Aleh (aka Nathan Holiday) formed the core of the initial band. Along with producer Bob Rock, e recorded two bleepy and punked out synth tracks for the project's debut 7", Reaction / Coincidence.

Middleclass then took e towards a more minimal approach with its second 7", Prime Cuts, which was released as the original soundtrack to the Paul Wong videotape of the same name. The 7" was the first to feature a new line-up: Young Canadians' drummer Barry Taylor, and keyboardist-vocalist Gina Daniels joined Middleclass in what would become the core of e for the next two years. Middleclass, Daniels, and Taylor are joined on these tracks by Glen Nelson of Images In Vogue and Mobile Clones fame.

The project's only 12" (and final release) was The Levitation Syndrome, a joyful burst of youthful energy and minimal synth that is as fresh today as it was when it was released by the cult label Rogelletti Records 35 years ago. Everything on these tracks comes together brilliantly; the melodies, the shy and fragile vocals, the subtle and excellent drumming, and the splendour of a short-lived minimal synth scene with all the energy of punk rock, west-coast style!

Artoffact Records presents an authorized and remastered edition of the collected works of e. The vinyl includes all tracks from e's three releases, as well as a bonus track, E 925, which appeared on the cult-classic Vancouver Complication compilation, and showcases the most experimental side of Middleclass's ouevre. The record is housed in a beautiful sleeve, replicating the Levitation Syndrome artwork, which was originally designed by Steven R. Gilmore (famous for his cover artwork for Skinny Puppy, Images in Vogue, Chris & Cosey, Severed Heads and many more). Also includes an insert that contains restored cover art (both back and front) of the two e 7" vinyl, as well as a rare photograph of the project members. The collection is topped off with an excellent e biography by Michael Wonderful.

This profile is managed by the guys at Storming the Base. If you order from here your email will be added to their mailing list, but that's what you always wanted, right?

Bandcamp Daily  your guide to the world of Bandcamp

Khruangbin and Greg Foat stop by with their amazing new LPs.